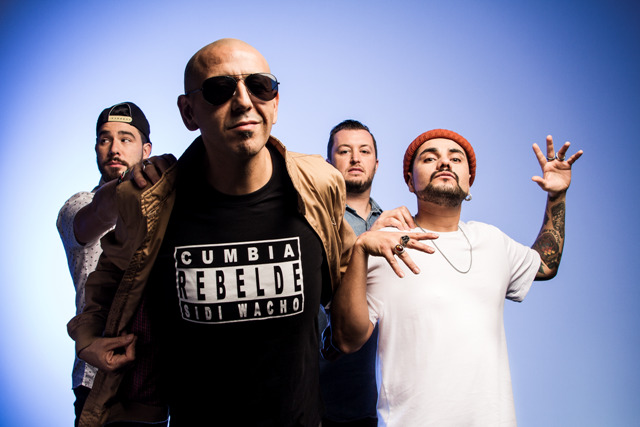 The whole story started between Santiago and Paris in 2014 when musicians from very different backgrounds decided to write some songs to talk about their realities, their concerns and their struggles. Their idea was to gather together, to write and to compose melodies with the aim of producing a popular expression without borders. Those songs were to make people dance, sing, raise up their fist in order to denounce those inequalities which undermine popular neighbourhoods in Paris, Santiago and Alger. They proudly claim their “chaotic” identity by mixing tones, dialects and dreams. Sidi Wacho’s caravan wins the hearts of the audiences, thanks to its festive energy, its political texts against racism and capitalism as well as its hip-hop, cumbia-electro and Balkan influences. 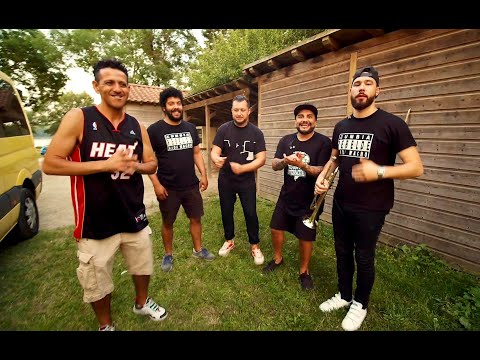 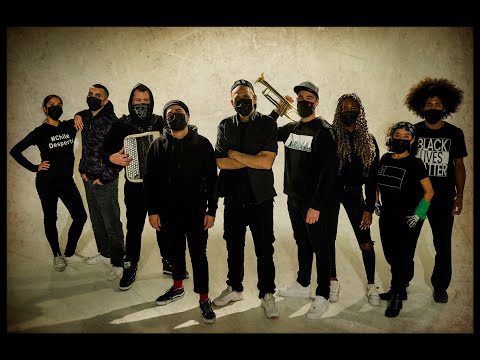